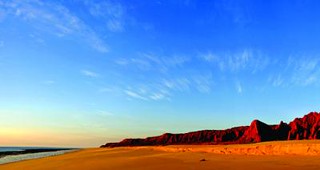 Australian Greens Senator Rachel Siewert says Wikileaks cables about the development of a gas hub at James Price Point cast increasing doubt over the legitimacy of the development.

In Broome today, Senator Siewert called on the hub’s joint venture partners to reassess their involvement in the project after cables indicated there was Government pressure on them to accept Woodside's choice of development pathway.

“The mining and resource sector attracts some of the world's brightest minds. By using this intellect, the joint venture partners appear to have come to the same realisation as many West Australians - that the gas hub should not be located at James Price Point" Senator Siewert said today.

“The partners are aware that the Pilbara offers a far stronger alternative than James Price Point.

“It seems to me that the federal and state governments, along with Woodside are the people who are committed to placing this area of the Kimberley in the firing line of development.

“There are parallels between the behaviour described in these cables and the flawed negotiation process conducted between the WA Government under the leadership of Premier Colin Barnett and the area’s Traditional Owners.

“There are already a number of questions and lingering doubts the gas hub project and this revelation simply adds to them.

“Yesterday we saw some leadership being taken by the environment minister Tony Burke in adopting the recommendations of the Australian Heritage Council. Even though they fell short of what we would have liked to see, it was nonetheless a step in the right direction.

“It seems that Minister Burke's capacity for leadership may not extend to his colleague, resources minister Martin Ferguson.

“No doubt the release of these cables is a great embarrassment to all concerned.

“I would encourage the joint venture partners to take a step back and seriously question the merit of the James Price Point gas hub,” Senator Siewert concluded.