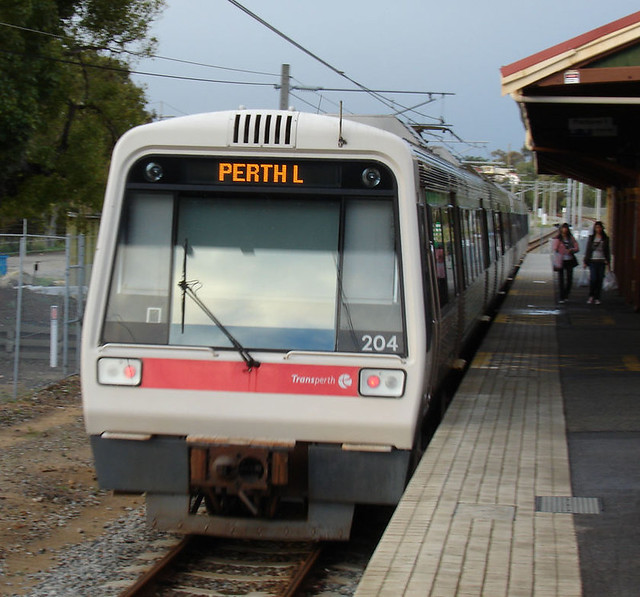 Public transport has largely been the domain of State Governments but it is time that the Commonwealth refocused on public transport and put some major funds into assisting the development of comprehensive, efficient and cheap public transport in our major cities. With the recent report from the University of Melbourne determining Perth to be second only to Adelaide in excessive car-use, it is more critical than ever that more effort, resources and funding are channelled into effective public transport solutions for the west coast.

This issue is not just an environmental issue, although there will definitely be major benefits in that regard, it is also about assisting low income earners to cope with the harsh reality of living on the outskirts of Perth and dealing with higher and higher petrol prices so that they can get to work.

Australia, and much of the world, is on the brink of an economic, social and environmental crunch thanks to our love affair with private transport. With climate change, oil depletion and traffic congestion all coming together, it is clear that we need to change the direction we are heading with transport.

The advantages of shifting transport away from cars and trucks include that:

Perth has a history of effective public transport, peaking in 1933 with a total of 68 trams carrying in excess of 35 million passengers. In the wake of the Second World War, the advent of cheap oil and post-war wealth saw the piecemeal abandonment of the tram and trolley-bus network in favour of a new freeway system mandated under the Stephenson-Hepburn Plan of 1955 and consolidated as the Metropolitan Region Scheme in 1963. The last tram ran in 1958, and the private automobile has largely ruled the city ever since, with 100 kilometres of low-density, car-dependent coastal sprawl the direct consequence.

Now, as the future costs of car-based urban planning become increasingly apparent, there is a growing move towards re-orienting Perth as a transit city with medium and high-density transit-oriented developments (TODs) clustered around public transport nodes. The logic of a post-fossil society favours the reestablishment of Perth's light rail network to meet the needs of the city's burgeoning population.

Perth is still at an early stage in its evolution toward a transit city: European and Asian cities with a head-start of several decades provide striking examples of how rail recoups its costs over time while moving people more efficiently than buses or private automobiles. Stockholm is one example of a city designed around a combination of heavy and light rail, whereby semi-self contained communities cluster around transit stations, tapering from high density to low with increasing distance from the stations. The benefits of increased land values around stations, improved community values and neighbourhood amenity, decreased reliance on imported oil, improved health benefits and lower air pollution, are well-documented and enormous.

Currently it is generally the role of the Commonwealth Government to fund major highways and rail lines and the role of state and local governments to provide public transport services. However, large sections of Australia's rail network require substantial upgrades and mass transit services in most urban areas are so poor that driving, a considerably more expensive alternative is usually the only or strongly preferred option.

The main interstate rail lines in particular need to be brought out of the steam era, with major deviations to straighten tracks to provide for faster and heavier trains. A 2005 inquiry into the adequacy of the links between Australia's regional road and rail networks and ports by the House of Representatives Standing Committee on Transport and Regional Services found in regard to rail "that if governments take a similar funding approach to that given to roads over the last two or three decades, the economic and social benefits would amply repay the effort. Australia would have a high-performance rail network, the freight burden on the roads would be reduced, and the external effects of increased transport usage would also be reduced: effects on the environment, congestion, accidents, air and noise pollution and greenhouse gas emissions."

Nonetheless, it is apparent that the Commonwealth, thanks in no small part to ABARE's insistence that oil prices will be $40 a barrel in the long term, has a strong preference for road funding. In the 30 years to 2004, the Commonwealth spent $58 billion on roads, but only $2.2 billion on the rail system. Currently the Commonwealth is investing $15.8 billion of AusLink funding (2004-2009), of which only about 9% is allocated to rail.

In addition, although the Commonwealth Government has demonstrated a willingness to fund major new road projects within cities, such as Sydney's F7 Freeway, they have not similarly funded major rail, busway or cycleway projects. This leaves a major gap, given the inability or unwillingness of most state and local governments to substantially upgrade and extend public transport services with the urgency that is required.

There have been 133 deaths and critical injuries in the Perth metropolitan area to date in 2007. In Western Australia the annual costs of road crashes exceeds $1 billion, or $600 for every person involved in a road accident. Road crashes are responsible for about 10% of all trauma patients in WA hospitals and 30% of all trauma deaths. Road accidents and fatalities are directly related to the number of cars on the road at any one time. Introducing a comprehensive public transport system (such as the light-rail system Scott Ludlam unveiled during the election campaign) in the greater Perth area could significantly reduce the number of road accidents and fatalities in the metropolitan area.

While there is evidence that people prefer high quality electric rail services to buses, there is still a threefold role for buses.

The Commonwealth Government must shift the funding and prioritisation away from roads, towards upgrading and extending the main rail lines and towards assisting state and local governments by funding significant fast mass transit projects, including light and heavy rail, dedicated busways or cycleways.

It is essential that the Government increase the proportion of funding for low-polluting and mass transit options. Only then will Government priorities begin to reflect the need to deal with climate change, oil depletion and congestion.