The Senate has today passed a Greens’ motion calling on the Government to include the changes to the Robodebt process in MYEFO, including the costs to review income averaging cases of the Robodebt program and the number of people who may be eligible for a refund and/or compensation.

“The Government is in denial about what an absolute mess Robodebt has ended up being.

“From the start, it was an ideologically driven program to claw back savings from people on the lowest incomes in our community.

“It’s been absolute crickets from the Minister and the Government following revelations via leaked emails that there would be changes to the Robodebt program.

“There are so many unanswered questions and its absolutely outrageous that the Government is once again leaving people worried and in the dark about what is happening.

"After all that people have been through the Government owes them an explanation at the very least.

“This review is going to take an intense investment of resources and the expected revenue raising will change, it needs to be costed in MYEFO." 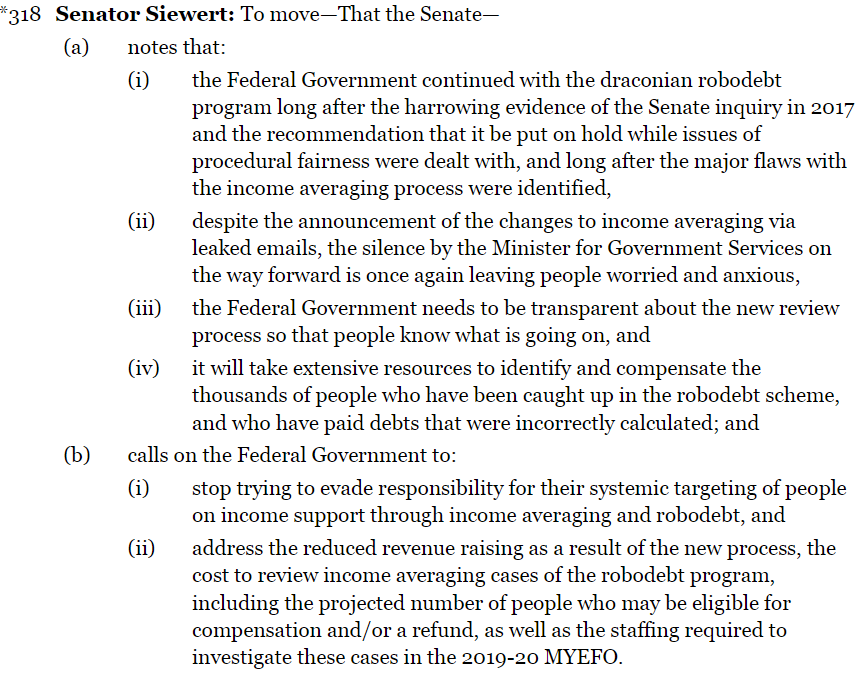