The Stronger Futures legislation, which passed the Senate on the 29th June 2012, extends the NT intervention for another ten years.

Controversial measures such as SEAM and Income Management will continue, with IM being expanded around the country. Read more about our response to the legislation.

We're proud that our Senators and Greens Deputy Leader, MP for Melbourne Adam Bandt took a stand in both the Senate and House of Representatives to oppose this approach in the NT.

Of course, just because the legislation has passed doesn't mean that the Greens will stop working on the issue. We will heavily scrutinise the operation of this legislation and continue to speak to as many individuals, communities and organisations as we can to hear and understand their needs and concerns.

The Greens worked hard to fix some of the most damaging parts of the Stronger Futures legislation. We also participated heavily in the Senate Inquiry into the Bills. You can read our comprehensive dissenting report through the Senate Inquiry Website. 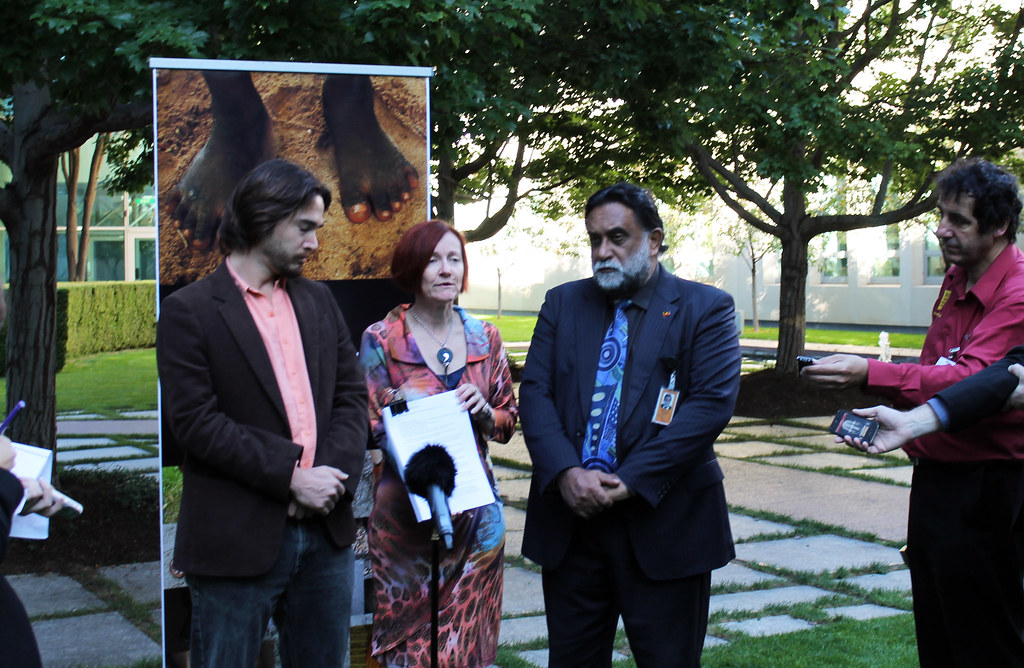 As part of our work on this issue, we’ve spoken extensively to individuals, community representatives and organisations from across the country who have made it clear that the Government’s approach is not working and that new measures contained in the Stronger Futures package would be another step backwards.

The Senate Inquiry into the legislation expanding the Intervention received a range of submissions and evidence from people speaking up in opposition to this approach. There is an overwhelming sense – from Aboriginal People, their representative organisations, and the community sector - that the approach taken in both the Intervention and Stronger Futures undermines and disempowers Aboriginal people and their communities.

The Intervention also erodes community governance, entrenches punitive welfare measures and harsh punishments for relatively minor infractions and funnels money into surveillance and control rather than rehabilitation or education.

The campaign against the NT Intervention has been a long one, with amazing responses from people around the country. On the 21st of March, Senator Siewert tabled a petition of over 30,000 signatures opposing the Intervention, collected by the Stand for Freedom campaign.

The petition was presented to the Greens by Les Malezer, the co-Chair of the National Congress of Australia’s First Peoples and Damien Curtis, the Campaign Director of Stand for Freedom. Sign the Stand for Freedom Petition against the NT Intervention and add your name to the growing list.

The Greens also launched the next phrase of the Stand for Freedom campaign - calling on people to photograph their feet as a symbol that they too are standing up to the Government on this important issues.

"We urge everyone, whoever or wherever they are, to take a photo and show that they too are standing up to this unfair, wasteful and ineffective legislation," Senator Siewert said.

You can read the Australian Greens media statement about the campaign and visit Stand for Freedom for more information.