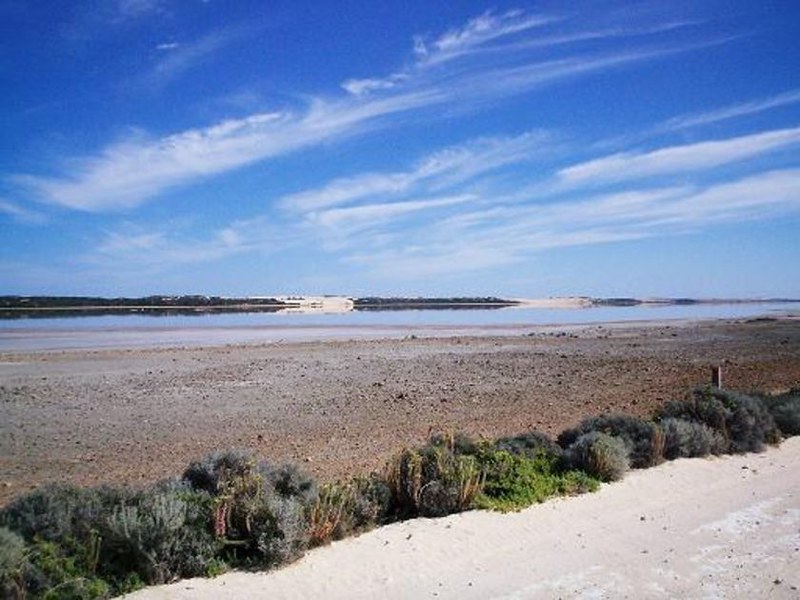 It has just come to light that a scientific report presented to the Murray-Darling Basin ministerial council on the health of the Coorong and Lower Lakes in May gave a deadline of October for action. Instead of setting in place an immediate response, the ministers put the issue on the back burner until they meet in November.

Scientists have given the Commonwealth and Murray Darling Basin Governments six months to save the Coorong, Lakes Alexandrina and Albert. We need to move quickly on an emergency rescue package, before this Ramsar listed wetland site is lost forever.
As my colleague Senator Bob Brown has said:

Penny Wong and Peter Garrett owe an explanation to the Parliament today as to how they have put this report on the shelf when the scientists are saying there was urgent action required and if you wait that long, it'll be too late.

Unless 450GL of water can be delivered to the Coorong and lower lakes through winter and spring these ecosystems will hit a crucial tipping point beyond which acidity problems will be out of control and the runaway collapse of these ecosystems is almost certain.

Even though we have had an extended period of drought there is still more than enough water in storage to fix this problem – what is lacking is the political will.
The Federal Government needs to secure the release of water stored in the Menindee lakes and purchase some of the water in major storages in northern NSW. Irrigators should also be encouraged to loan water for the rescue package and could be rewarded for their efforts with extra water in future.
Most health indicators of the ecosystem are now in the red – the water-birds, fish, frogs, turtles and native plants that make up and rely upon this ecosystem are now all on the line. It is entirely possible that Lake Albert may never be freshwater again.

The ecological values of the Coorong and lower lakes Ramsar wetland site have deteriorated alarmingly since it was listed in 1985, as a result of over-regulation and over-extraction of water in the Murray resulting in diminishing freshwater flows. The management plan for these systems laid out in the Living Murray Initiative called for the restoration of a more variable flow regime, but nothing has been done to restore flows and the barrages remain in place.
Research into riverbed soil profiles show that water is now half a metre below sea level for the first time since these systems formed 7500 years ago.

As strongly expressed by the Australian Conservation Foundation, this is a warning that cannot be ignored. What is urgently needed is a major rescue operation, but unless we act now to secure this water and biologically remediate the exposed acid sulfate lake bed by spring these precious and internationally renowned ecosystems will probably be gone forever.
To stop high levels of acidity and toxic heavy metals being produced by these exposed acid sulphate soils it is crucial that exposed lake beds are mulched and revegetated with native aquatic plants before they are refilled. The careful addition of lime to suitable sites will also help manage this problem.

This crisis has not happened overnight. Governments have had a series of more and more urgent warnings on the declining health of the Coorong and lower lakes over the last decade. The most crucial evidence yet is the ecological assessment undertaken last year by Phillips and Muller on the Ecological Character of the Coorong, Lakes Alexandrina and Albert wetland of international importance and the release today of the April report by the Southern Australian Murray Darling Basin Natural Resource Management Board.
Commonwealth Ministers Penny Wong and Peter Garrett need to act now to put pressure on the NSW Government to secure the release of water from Menindee and northern NSW storages and to put in place remediation measures for the Lakes.

They then need to be either calling an urgent meeting of the MDB Ministerial Council or taking this issue to COAG when they meet in early July to get sign on to an emergency rescue package for the Coorong and lower lakes.
These problems point clearly to the fact that the Water for the Future plan won't deliver water fast enough to deal with the problems facing our river system.

We need to fix the system once and for all in a way that ensures the same old problems are not locked into place, and that the other critical issues of river health that we are already aware of are dealt with in a timely fashion to stop these issues getting to crisis point before governments can find the will to respond.

We need to act now to save the river, lakes and wetlands - not some time in the distant future.